A dynamic community in the heart of Nassau County 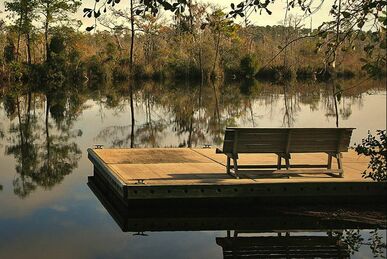 Photo Courtesy of White Oak Conservation
Yulee is the name given to some 128 square miles in the unincorporated portion of Nassau County, lying between Interstate 95 on the west and the Intracoastal Waterway on the east. It is centered along Florida A1A, one of the county's most important transportation corridors.

Named after David Yulee, builder of the trans-state Florida Railroad, Yulee is a mix of historic communities including Blackrock, Nassauville, Hedges and O'Neil as well as newer subdivisions and communities, many started during a rapid period of growth in the 1990s.

The Yulee area has an estimated population of almost 12,000. That number is expected to increase significantly in the coming decade with the development of Wildlight, a 24,000 acre community between I-95 and US 17.

Yulee is an appealing choice for those wanting to be close to the beaches and major roads connecting Nassau County to Jacksonville to the south and Georgia to the north. Residential choices are numerous and range from planned communities, waterfront homes, and small/large private tracts to an emerging rental market.

Yulee is home to the Florida State College at Jacksonville Nassau Center, which offers classes for a variety of post-secondary degrees, and the White Oak Conservation Center, one the world's premiere wildlife breeding, research and training facilities amidst 6,800 acres of forest and wetlands.
Yulee Business Directory
Yulee Chamber News